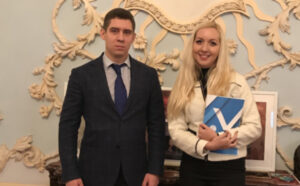 On November 29 of this year, the Supreme Court of Ukraine in the case No. 6-639цс17, following the consideration of the application of the lawyer of Litigation Group AL Yurii Demchenko and senior lawyer Silina Maryna in the case on the claim of Minister of Internal Affairs of Ukraine Arsen Avakov against Oleh Tiahnybok on the protection of honor, dignity and business reputation, decided legal opinion, indicating that the groundless accusation of a crime of a public person is unlawful and goes beyond the limits of acceptable criticism.

Earlier, the practice of Ukrainian courts was ambiguous, but for the most part it was based on the refusal of public persons to protect their business reputation, as politicians decided to appeal to public confidence and agreed to “put forward” themselves for public political discussion.    That is, the boundaries of acceptable criticism of the activities of public persons were previously much wider than that of ordinary citizens. In other words, earlier in the opinion of lower courts, even though the politician or high-ranking official was called a criminal, in violation of the presumption of innocence, this was considered criticism of a public person in most court cases.

The Supreme Court of Ukraine agreed with the opinion of lawyer Demchenko Yurii regarding the fact that the limits of permissible criticism of public persons begin where the presumption of innocence is valid, and thus determined these very facets of acceptable criticism.

Consequently, the Supreme Court of Ukraine gave protection to public persons from unfounded charges and stated that it was not legal to blame a person, even public, for committing a crime, which means that freedom of expression in a modern democratic society should be limited by the presumption of innocence.